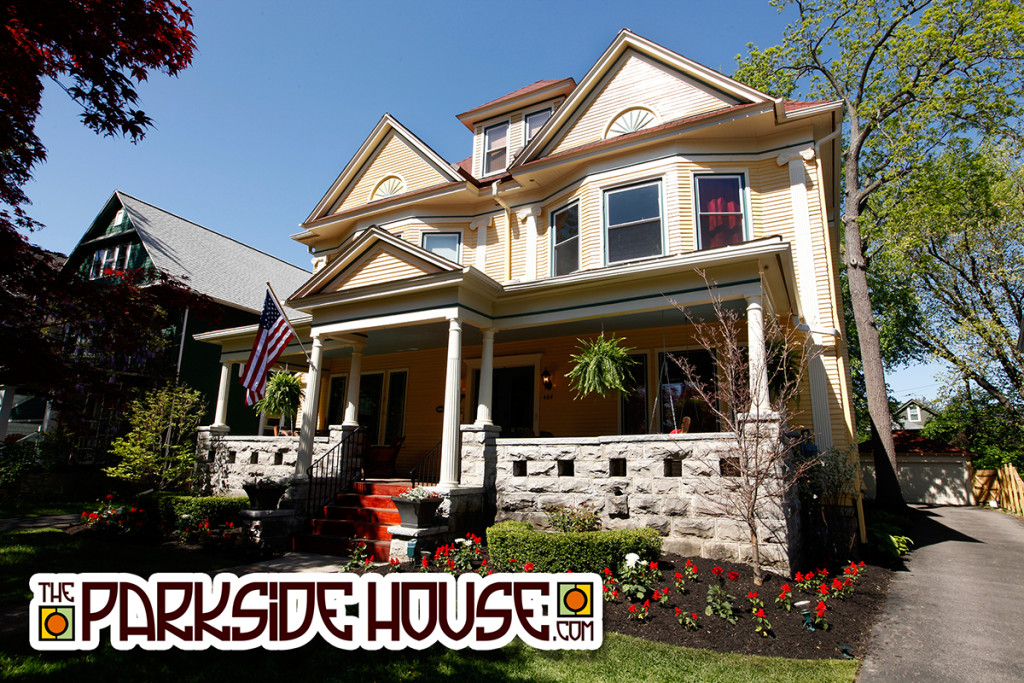 After a decade of painstaking restoration, Parkside House brings all the character and charm of a home built in the last decade of the 19th century with all the comforts and amenities of the 21st century.

“It’s been a 12 year process of renovating this house,” Chris says. “Hard work, stripping wallpaper, ripping up carpets, getting rid of drop ceilings.” While reversing years of updates to allow the home’s old soul to shine through, Chris has also made some updates that flawlessly blend the old and the new. New windows and new insulation throughout allow a level of comfort unknown to the home’s Victorian era first dwellers.

The most thrilling blend of old and new comes in the kitchen and bathrooms. Both rooms are a perfect balance– While you never lose the warmth and feel you’d expect from a place with the name The Parkside House; you are also never left wanting any of the luxurious, cleverly incorporated creature comforts of modern facilities.

But alas, even with all the years of hard work, there are still imperfections. Maybe someone dropped a coal scuttle on the hardwood floor back in the 1910s. Or a 1940s Christmas tree toppled over and put a ding in the chestnut molding. “I love the small irregularities,” Chris admits. “They give a lot of character to the house. There’s a lot of history here.”

The history doesn’t stop at the front door of The Parkside House. Chris calls his Parkside neighborhood a “hidden gem. The homes are architecturally varied, spaced apart. There’s a city feeling, but also a feeling of a bit more privacy.”

But having lived and travelled all over the country and the world, it was the allure of this house that brought Chris to Buffalo’s historic, Frederick Law Olmsted designed Parkside neighborhood. “Being close to the Zoo, the Park, and all the art galleries. The neighborhood has a great feeling; it’s a really great neighborhood to live in. I don’t think I’d live anywhere else in Buffalo.”